Four hours of highway driving into the Sierras and several more of pure dreamy silence led to a breakthrough. now I know how it has to happen, who is to be redeemed.

vitality gets dispelled by a plan, yet planning is expected and encouraged. i wish we could release our blueprints more readily, without fear, to the wind stirred up by a rising sun.

The local legends are legendary, and so are you, too, full of codes and dotted lines, signing with the strangest of signs. The runners got confused and ran backwards cross the bases and back into the dugouts which could only be uncarved and replanted in the earth as trees, encircled by swaths of honeycomb and bees, and it was like a land before time that progress took away. We walked to a local show to see your friend,  an old man wide in the eyes and young in the heart, clear in the mind playing the blues what with a small silver briefcase full of blues harps behind him and walks with a cane. All the while I was hoping to reach my potential (but not really trying) when I locked the keys in the car again and had to fuck all and get a coat hanger. We manipulated everything wonderfully, you and me. You won’t remember the guy sittin on a bench between here and there, looked pretty bad and hadn’t been chosen in a while by anything but a park and a bench outta place. In the distance (in the memories) a local legend was picking the blues and won’t be around for long. I wanna be a local legend some day, too. For now I am non-local and legendary, but only to you. 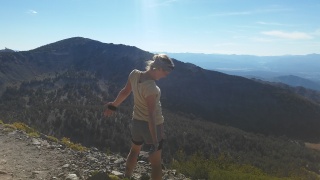 They call the losses progress, and write them rhythmically in the ledgers -as gains- to the sound of lawn sprinklers, and get away with triumphant bank accounts which open doors to high rooms vaulting into blue skies behind glass. You think you would but you wouldn’t want to be there. It’s cold and light. And the light is cold, too. I promise the world is easier to take when less experienced. The barriers between us breathable. Someone is wicking away my moisture and I’m not too happy about it, I coulda sold it high on the water mark exists below the levée, some day. You meanwhile are being yourself and doing what you do, working really hard, sharing it with someone and yourself. They wick it away and charge our credit cards. I never cried so hard as the sweat lodge losses. Congratulations on reaching your (earnings) potential, America. I wanna say I’m proud of you, but you see I am way below mine on purpose. I guess I like to suffer zero balances, every once in a while feels like I’m alive in a capitalist plot reserved for us over here.

Here are the main characters in my book — Maze

Hendrix   An apparition who blurs around the edges. He dresses like Jimi which is how he got his nickname. Nobody knows much about him, but he shows up rather mysteriously anywhere in Oakland, and Ame (the protagonist) has discovered that if she follows him he will lead her to human fear, which is the element she thirsts for. He has a cheshire cat smile and likes to walk backward. He is transparent so he can be hard to follow.

Bless   She is Ame’s best friend. They wear each other’s clothes and do each other’s hair. They hang around Freddy and he protects them on the streets. All three are not exactly human. She has a crush on Ame which becomes more pronounced when her boyfriend dies. She is not happy when Ame begins dating Maze. She is practiced in the dark ways and could not care less for human kind. She gave an amulet to Ame for protection, a scarab of nephrite, in Book One after her first kill.

Everett   Not a good man, Everett is Bless’ boyfriend. He was killed in Book One by his friend Freddy because he was physically abusive toward Bless and Ame. He was a junkie and out of control. He does not appear in Book Two. Freddy’s loyalty toward Ame and Bless was proven by doing away with his close friend.

Maze   The title character and Ame’s love interest.. he appears briefly in Book One, in a fight which goes down at Uma’s apartment when one of the escorts suggests he was inappropriate with her. Ame gets hurt pulling an escort off of him. Maze remembers this kindness when he sees Ame at a burrito truck on Broadway, and shares his burrito with her. They hit it off right away and soon fall in love. He’s a punk and a skateboarder, and loves ice cream sandwiches. They share the dark gift and hunt together. She stays with him in a boarding house just off of Telegraph Avenue.

Uma   An escort. Queen of the escorts, really. She is close to Freddy and mostly concerned with the business of finding men for her women. She has an apartment in West Oakland where Freddy goes sometimes to get the word on the street.

Kell   A young woman whom Ame meets inadvertently while hunting fear near Lake Merritt. She is a junkie. She has the dark gift which is inaccessible due to her addiction. She shows up in Book Two and Ame immediately takes to her, wants to help her get out from under. Bless and Freddy are living at the Imperial on Telegraph Ave, and Ame convinces them to make room for Kell, who was living in squalor in a tenement building.

Black   A malafide who features prominently in Book Two. He lives next to the boarding house where Ame and Maze take up residence. He sells drugs to anybody and everybody, and this is his front. However, it soon becomes apparent that those who get too close to him, disappear.

Freddy  A complicated character, Freddy figures to be at times violent and protective. Ame was abducted by Freddy in Book One and taken from the Green Mountains where she was raised by humans, and brought to Oakland, California to be with her people, Delux. She soon learns that Freddy is not out to harm her, and she can trust him with her life. He is a mechanic and he thrives on the streets. He can communicate with Bless and Ame telepathically. He is calm amidst chaos, like the eye of a hurricane.

Ame   Our protagonist and first person narrator. She has come of age and been introduced to her kind and the dark arts they practice. She is independent and likes to hunt alone. But she also loves to be with her friend Bless and Freddy, who is like a father to her. She is conflicted about humans. On one hand, they raised her and sheltered her as a child. But it is in her nature to thirst for human fear. In Book Two she finds herself falling in love with Maze.

Delux   Humans once tried to destroy her kind, Delux, hundreds of years ago on the continent. Fear drove them to hunt down the divergent kind, anyone not like themselves. But the Delux adapted quickly and learned how to extract human fear in order to save themselves. Alchemy. The same fear that would have destroyed them all, soon became their sustenance. They followed the humans in the great migration to America, and now live side by side in the underbelly of any city, blending in.

she took a bus, won’t ride the train

her feet are cold, her fingers hot

she prefers a character-driven

she lives in my head

I have had the opportunity this month to take a look at what techniques I invent, organically, to reach the wordcounts demanded by the national novel writing month contest, and wanted to share…

When unable to write, i have found a power nap to rejuvenate my hopes and reset my thought processes.

Half hour walks are the best way to generate ideas, and cycling the trail recharges my energy and self-confidence.

Complete silence or electronica music (minimal vocals) is the most sustainable audio. Tycho’s trance-like sound is one I respond to well.

I am less of a planner, more of an adventurer, setting out without a clear destination. This means I often feel lost. I counterbalance this feeling, by imprinting new characters and new experiences, with firm recollections of my own experiences.

I always write in the same room. Any time of the day. I switch from the couch to the desk. A book of affirmations is always on my desk, in the event I feel discouraged.

For long works, I always break it down into short chapters. This is key! My chapters usually run 700 – 1500 words.

I use the device with the best keyboard experience. In my case, the Samsung Chromebook.

I keep ‘running notes’ with a few open-ended questions and possibilities for plot development. And I track character development. I often read passages aloud, to hear the story.

One large mug of coffee, followed by copious amounts of tea, works far better than a coffee IV drip!