culture. dedicated to breakdown and cracked in the teeth. the splinters are our lives and they glint in the sun. stillness is a wonderful thing and makes sense except when you’re dead someone said. you decided on an orgasm and made one while i read. i was on the couch with milk green tea and a book and a little light stirred in at the top. i like to strand the light so i can sit at my desk and write. undefeated by music and outta control. how could you lose religion like that? so easily. i gave it to you and you took it to church. communion was godly. white as a sheet (is unreal) and you turned it. black was outright boring until the inky darkness and the not knowing where the hell we are anymore. worship black and white and renounce all the colors between. culture. dedicated to breakdown and cracked in the teeth. gone for a day without nourishment. the corrupted water still pure at the edge where we kissed. all the particulate matters and lip service gave us substance. stars in the ocean in the sky. tattoos made us endure made us pure. i don’t give a fuck what you say when you don’t know what you’re talking about is only in your head. comprised of particulate thought. just like me you’re unreal. compromised. but i won’t stand behind you like gospel. no. it’s just my slant and i try not to crowd anyone. with stars were the children with stars. the splinters in our lives they glint in the sun. i saw myself in a mirror in the darkness and hadn’t a clue.  made me me made you you. stillness was a wonderful thing after the noise came, impressed in the froth of a green tea milk sea. i decided on a book and i made one too. i decided on you and you decided on us two. what are we in love.

Let your purpose carry you like a gust through darker moments of life, rattling the windows

We will know
neither day nor night
in our arms
embracing

Posted from WordPress for Android

i feel sorry for anyone who says you are going to hell or heaven awaits us. Where is this far distant place? to locate oneself at some point in the future? I call this destination politics, and I copyright it NOW. I live here, now. My world I create as I go along. So does anybody. Go back and look at your life. The choices you had. Anywhere on the timeline. You will see you created your life as it stands. You will see how you could not predict your own future. Except in terms of your attitude toward life. I predict my future, in terms of my effort. And my effort exists only right now, as I type.

Heaven or hell? These culturally impoverished symbols stand out to me, moment to moment. Am i in pain? To what extent? Do I feel good about myself. How so? What I am finding is it all correlates to my efforts. My efforts to be sincere, and think outside of my self. My efforts to exercise and share my talents, without fear of reprisal, without demanding any return on my investment of time and energy. Having faith that all will be provided me. When I live there, I guess you could call this heaven. The way I see it, this is never a place to go, this is a place to be.

When I am so self-consumed or in fear or inaction, living in patterned recollections of situations which did not go my way, living in expectation of what’s to come, playing destination politics with other people and myself… when I demand and control my way around the place… This is some hell. 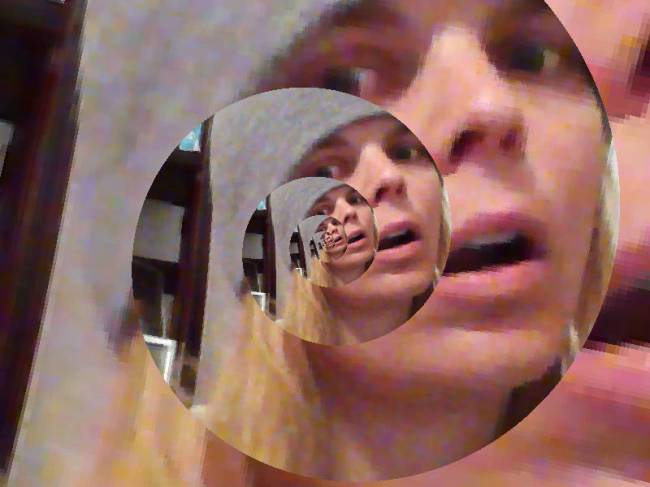 Once god as we know god, sifts through the twenty-first century mail and gets to our planet earth, after the sun and mercury have been addressed, he will certainly have paid google or microsoft or a professional hacker to have configured the firewall rules to block all spammers from the gates of the infamous and untrackable by gps location we oversimplify as heaven, and rerouted and folded them back to source, into spam.

We stayed in the Motel Seven Deluxe Suite, you know, the one with the hydrogen bed and the nitrous oxide satellite feed? We fastened one another into the zero def chambres, where we felt HBO and TellTime into the night. Tactile feedback chambers were all the new rage. Supplemented, and in some cases supplanted, all visuals. Transcended temporal limits. The future! Was it really with us? In accordance with the present. Uhh…wow?

Wicked! was the exclamation all over Boston, when MIT held an open house to showcase the event. Of course, two billion watched at home. Only five or six thousand bipeds actually crossed the Charles River. Most of those took the Redline. Some took the bus. A few trifling souls, actually swam and never made it. The river was being sanitized, but the project yet to completion. Not everyone apparently knew. The Boston Harbor was much cleaner. Chalk it up to universal solvent. The Harvard crew team sculled right into one of the gas filled corpses, the next day on the river. It hardly made the news. What with the breaking of the tactile chamber phenomenom. What with the not-so-far-fetched claims that our human undertaking had finally brought the two into alignment, present and future. Despite the predictably unwelcome intelligentsia criticism. Which came back across the dirty Charles in elastic and immediate response. Faster than an EMT to an heart-stopping event.

The problem, the small world of most educated braintrust informed, was that said invention professing temporal re-alignment, if not a hype (which many knew right away, probably was), occasioned the grave consequence of leaving the consumer with no apparent future. But this was all shuttered into the past. Our emotional scales of distress smoothed out over and into the world, like the skips of skipping stones, behind us. The braintrust was archived. We could only remember how we virtually cried our carbon tears into the deluxe thick wet darkness of the light. At the moment of passing of the longest virtual night. How the tomatoes rolled off of their vines, and planted themselves in West Hollywood sauce vats. Sloughing off their celebrity skins. Their seeds and juices bubbling up effervescently, acid-mannered offspring of the rich and the famous. We could see red, again. Without having to immediately experience the frightening momentum of our great cultural furies. A safe and projective identification was no longer impossible. Standing on the sidelines of the regular though tawdry self-mortification which comes of a reacting-out upon the fingered source.

So was the way of the world, in the past. The common tale of intentions, paving the paths to hell. Now hollow and insensate, paved over in the gloss of primary colors, dutifully lacquered by some diligent postmodern botomaton. The thread of today, diving into the embroidery of tomorrow. So much for the phrase; to beg, steal, or borrow.