Going solo and burning bright into the night was one thing, kicking it with friends and new friends all day was something else. Both made Antipathy feel extra special lucky. She could be a loner for sure, but if she ever felt lonely she tended to reach out. You could say she preferred being alone when she wasn’t feeling lonely. But having good friends? This was the pinnacle effervescent.

They mostly had a good time this very day, the three of them. Dagger was a very kind boy and perhaps a young soul. He knew how to listen and laugh, and he didn’t always have his hands in his pockets where you couldn’t see them. He was pretty expressive really, for a boy, and Antipathy was paying attention. Of course LilBit kept poking and prodding her like she was livestock. See my new ring? she said, I’m gonna get married… he’s short, light and ugly. Of course she was lying. Antipathy whinnied and pulled away and snorted, and LilBit reigned her in by her necklace.

Dagger watched the two girls and wondered how many lifetimes they had been friends. He really admired girls for their friendships, which could be deep like submarines. He had friendships with guys which were close but in a different regard. They would show up for one another and be there to help out in various ways. They didn’t always wanna talk, but they would be there. He thought of his friend Matthew and you could tell it disturbed him.

You see, his friend’s family was a car wreck just waiting to happen. Matthew was full grown now and had shown up his dad. He couldn’t continue to watch his family be torn apart by this mean and abusive man. So one day he stepped in between. His dad began trembling, unaccustomed to his power being challenged, and tried to strike him. This was about a year ago, and since then it was a contest of wills to see who was gonna be the real head of the family.

Dagger told the girls the story, speaking mostly to LilBit who he knew best. But Antipathy was right there listening, too, and would not forget the part about how Dagger’s friend Matthew’s dad on several occasions told him and his siblings that he put them in the world and he could take them out if he so chose. The subject dropped pretty quickly because it was disturbing and Dagger didn’t wanna spoil the pinnacle effervescent.

When she felt she oughta remember something, well, Antipathy would. She was like one of those cafe baristas whose been trained to remember your name, and surprises the hell out of you when you show up a week or two later and they know who you are, and you have to look at their name pinned to their shirt in order to properly thank them, and then they surprise you again cause they know you like the large iced almond milk latte, easy on the ice, too. 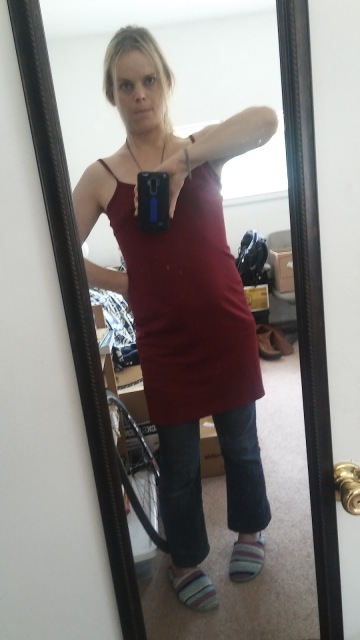 The flashback ended when I made it to LilBit’s door, not a block from the train station; the man and the truck and the Olds vanished in a puff of powder blue smoke. I rapped my knuckles hard in morse code – SOS – my dad once taught me. I walked pretty fast to get ahead of my tail. I sure hope LilBit knows morse code, but it’s a long shot. I hope she’s not flossing. She is such a chronic toothbrusher. Her breath smells like Baking Soda and mint. Everyone loves kissing her, even her friends make out with her just for fun. It’s really good practice for the real thing. I mean Love.

I am thinking this will be like all the movies that ever lived, you know, the door will open and my friend will let me in just as the man (my tail) reaches out for me and I will escape danger. Life sure could learn something from the movies.

LilBit does come to the door in time, though we would have to wait here and shoot the crap for a little while to let the man catch up, to make it come off like the movies, in the nick of time. But nobody’s watching or sitting on the edge of their seats or anything, so what would be the point? LilBit shows me her whitened teeth and shows me in. She is about to close the door when she spots my tail and calls out to him. Dagger! Whatcha up to?

I feel like spilt milk as the two of them embrace and start laughing over some insider joke I am on the outside of. Come in, come in! she begs, and Dagger follows us into the Belly of the Beast. Her apartment, I mean. I jackknife myself on to the couch, LilBit cannonballs beside me, and Dagger politely and carefully drops into an armchair across from us, and I suddenly feel rather silly for having been worried about him.

Baking Soda and mint. LilBit kisses. My life is complete.

This would be her signature, chloe, a touch of pthalo cyanine blue. i saw a photograph of me and you. it made me sad. the tears i cried were turpentine they washed the memory from my mind. skated gainst a one way street, 5am, in the shirt you gave me. i was sad about me and you – oh – the trouble we got into! ridin the back of a dubstep beat, it’s too small for me now looking up; balanced on the tracks of a Canada rail, cyanine blue (and she) come by air mail. can we wash it one more time? liquid dreams and turpentine, wash it all away and leave her empty, pthalo blue, deeper than the sky and the chalk on the cue. side pocket holdin the chain you left me, and change. can i stop by an give you a kiss? for the flower you shown its color in the sun. pthalo cyanine blue, the signature touch, cause you loved me and i miss you so much.

we were kids we carried book bags we threw rocks at each other for fun we drank milk and ate cookies and laughed crumbs and stamped them out with our kicks with our boots with our sneaks with our heels with our might, we cried and we raged and we kissed — harmlessly — and if the winters storms had blustered and the snow had fallen and melted and then frozen overnight well it would break loose when we thundered down on it and you could hear the earth cracking under us and we laughed fearless, convinced we would never ever never ever never ever ever ever, die

i am quite certain these past 6 days my subconscious made possible. of mostly lying around sick with headaches and sore throats and cough and cold symptoms and fatigue and a little asthma. coming out of it now, slowly. i was full of worry and fear beforehand, an impoverished mentality to which i was bound,  i must confess, most of which has now fallen under and been buried by the malaise of the body. i believe that without the opportunity of ill health, i may have remained indefinitely in that inextricable place i had gotten myself into unwittingly through my routine. a non-creative place. a linear establishment. a far cry from freedom and flexibility. of course my WIP fell to the wayside. i still have not settled back into Book Three. but this time i am no longer so worried about it nor fearful. part of the trap i fell into was reading contemporaries in my genre and comparing myself against them. this is only a part of the story of my missteps of late. sacrificing momentarily the appeal of my style which not only draws me but has drawn me some onlookers from faraway places. my style which must be enough on its own. the fullness. the fulfillment. all of that is there, waiting for me still, calling me back like sirens, like songs, like dreams, like love.